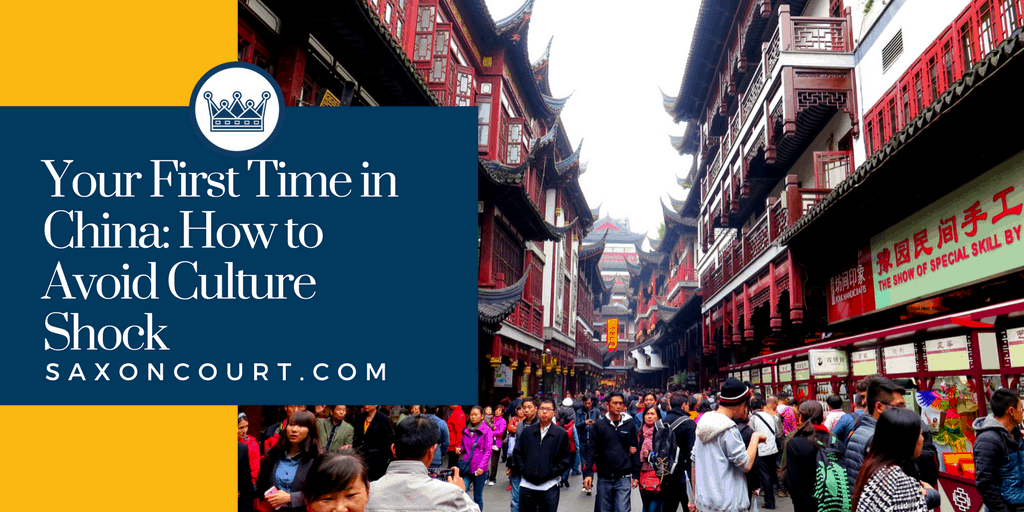 Your First Time in China: How to Avoid Culture Shock

China is an amazing country where ancient culture and traditions survive side by side with rapid development and startling modernism. It is in equal measure colourful and chaotic, fascinating and frustrating, but it is certainly never boring.

Arriving in China for the first time and experiencing its unique sights, sounds and smells is an assault on the senses which can, for some people, be a little overwhelming. In fact, culture shock is a very real problem which in extreme cases can result in feelings of isolation and depression. So if you’ve decided to live in China for the first time, what steps can you take to avoid this and enjoy yourself to the fullest?

Firstly, you need to do some research and choose your city carefully. Things you should consider are size, population, location, climate, and industry. Larger cities will have more opportunities to work or study, better transportation, and higher populations of ex-pats, meaning it will be easier to meet like-minded people and socialise. Ex-pat communities also mean better access to Western products and food. However, if you prefer a more relaxed pace of life, you might be better suited to somewhere smaller. Whether to live in the North or South is another important decision. The South is certainly more picturesque, but summers can be stiflingly hot and humid. And although Southern winters are relatively mild, most buildings don’t have central heating, meaning you could well end up feeling colder than you would in the North. Summers in the North are hot too, but less tropical. Winters are bitterly cold, but very efficient central heating means you rarely feel cold indoors. The flip side of this is that burning coal to heat millions of homes means winters can be smoggy, especially in areas where heavy industry is prevalent. Another thing to consider is the time of year that you will arrive in China. First impressions are important and if you land in Beijing on a freezing, smoggy day in the middle of January, you will feel very different than if it were a pleasant day in June with leaves on the trees and sunny, blue skies.

Another way to feel less daunted when you first arrive in China is to try and learn a little of the language beforehand. It may seem like an impossible task, but you may find it’s not as difficult as you imagine. It is, of course, perfectly possible to live in China without speaking a single word of Chinese, but you will find life much easier if you can at least master the basics. And local people are far more likely to be helpful if you make a little effort.

Also be ready for China’s punctuality, or lack thereof. One thing you do learn quickly when living in China is to be flexible. Things are not organised in the same way as they are in the West. Schedules and arrangements can change at the last minute and all you can really do is accept this. Trying to swim against the current rather than go with the flow is not really an option.

As a foreigner living in China, you also need to grow a thick skin. Having been closed to the rest of the world until very recently in history means most Chinese people still aren’t used to seeing Westerners and are likely to wonder where you’re from and what you’re doing there. You may be stared at in the street, have people not-so-subtly taking photos, or be approached by people wanting to chat. This is all done out of curiosity rather than malice so try to see the funny side, be courteous, and if somebody is really bothering you, just walk away.

And in China, don’t be afraid to get away from it all from time to time. Just make sure to follow these tips: Travelling in China – Dos and Don’ts

You also need to bear in mind that Chinese manners and etiquette are very different from in the West. Words such as “please”, “thank you” and “excuse me” are rarely used, and personal space is an unfamiliar concept. If you’re suffering from culture shock, it’s easy to feel offended or upset by this, but just remember it’s not personal. It’s just the way it is. And yes, people do spit in the street. You just have to laugh.

Another way to keep culture shock at bay is to make surround yourself with plenty of home comforts. Bring a few of your favourite snacks and toiletries with you. Fill your hard drive with music, films, and television shows. Keep in touch with your friends and family as often as you can. Also, try to treat yourself regularly. It’s easy to get into a mindset where you don’t want to spend 100 Yuan on a pizza because you know you can buy a bowl of noodles for 10, but allowing yourself a little of what you fancy can really help you to feel more settled.

And finally, don’t be afraid to get help when you need it. In China, sometimes even the simplest of tasks can become complicated, but your Chinese friends and colleagues will be more than willing to help. All you have to do ask.

Life in China is an adventure, at times difficult but ultimately rewarding. Once you embrace its differences there is much to be gained from living in this wonderful, crazy country. After all, if you wanted everything to be familiar, you probably wouldn’t have chosen to live abroad. In fact, after a while, you may even feel that in going home you experience culture shock all over again!

Looking for teaching jobs in China?

Natalie Saunders is a former EFL educator based in China. She currently works as a writer and translator with a special focus on Traditional Chinese Medicine and health.