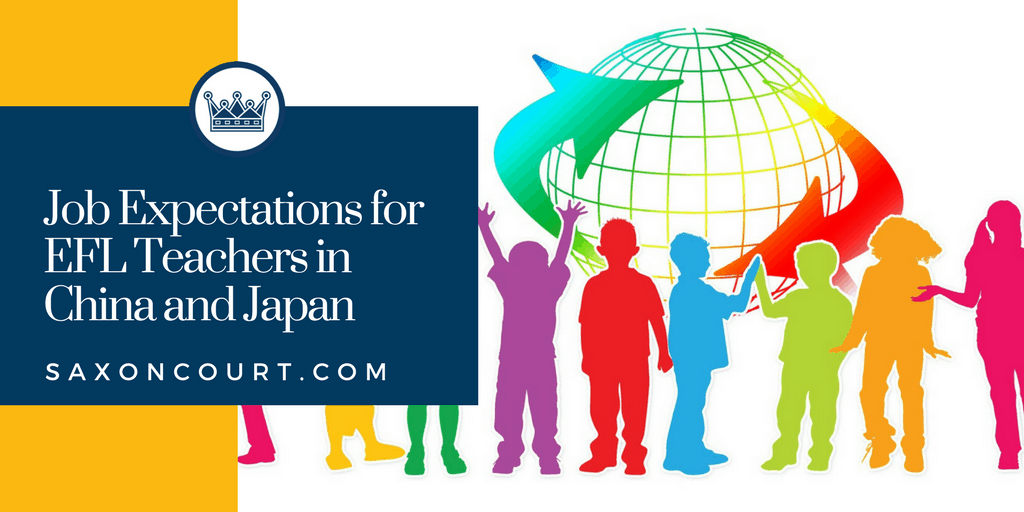 Job Expectations for EFL Teachers in China and Japan

If you’re a first-time teacher heading out to a far-flung place like China or Japan, you’re bound to have a few expectations about what awaits you on the other side of the globe. My own first full-time TEFL teaching position was in China. Freshly graduated and with very little world experience, I wasn’t really sure what to expect, and yet I still found my teaching adventure to be other than what I imagined. Now with many years of teaching under my belt, in this article, I’ll discuss some of the most commonly held expectations about TEFL teaching jobs in China and Japan, and how true these anticipations really are.

The stereotype is spot on – whether you’re based in China, Japan, or elsewhere in Asia, you’ll be gob-smacked by the Asian work ethic. Still, it’s not exactly what you’d expect. For example, in China you’ll find people working all hours of the day (and night) but how much of that time is actually spent working and how much is just spent at work? It’s not uncommon to see your Chinese colleagues slumped over their desks, snoring away for a good portion of the day. Likewise, people in Japan work ridiculously hard, clocking up 10-hour days, 12-hour days, and even longer. But this continual overworking obviously has an effect on the workers’ health (both physical and mental) and so ‘working hard’ in this way doesn’t always mean being hard-working in the long run.

As a TEFL teacher in either of these two countries, you have to expect that your position may not be a regular 9 to 5. Extra hours, weekend events and other commitments are common, and often unpaid – always be sure to check your schedule carefully and make certain that you’re not working out of contract. You can expect a good deal from any decent language school, just be wary if you feel like you’re being made to work for free.

Want to know more about the schools Saxoncourt recruits for? Contact us here.

This was one of the biggest shockers for me as a TEFL teacher, having spent several years in each of these countries. Before I moved to China, I was expecting to find that my students spoke little to no English and we’d be basically starting from scratch. However, I was impressed with the language ability of my students, who ranged in age from 2 years old up to about 16 years old. Very few of my students went to international schools, and given that they only really studied English for an hour or two a week, they could speak quite well.

On the flip side, when I hopped over to Japan I was expecting the students to be much better at English. After all, China is a developing country, whereas Japan is often thought of as futuristic and a technological heaven, so I was expecting my students to have had much more exposure to English. However, I have found their English ability to be noticeably worse than that of Chinese children in general and having done some research into the topic, I know know that Japan ranks poorly compared to other Asian countries in English language learning.

Maybe the students have been looking at some these language learning tips. (You may also find them handy when you go abroad.)

This expectation of what it’s like to teach Asian children obviously differs from child to child, but there are trends that appear, and they’re not necessarily what you’d expect. For example, it is commonly believed that alongside being hard-working, Asian children are shy, reserved and quiet in their language classes. In Japan, I would say this is very much the case – particularly with teenagers. Some children are naturally more outgoing than others and so it is not too unusual to meet a boisterous child. However, the strict constraints of the Japanese education system tend to discourage those sort of personality traits, and so by the time they are teenagers, most Japanese children fit into this timid stereotype. As such, they are usually quite well behaved too.

However, across the water, Chinese children are noticeably different. It’s true that Chinese children and teenagers are also highly concerned with ‘losing face’ – not waiting to offer an answer in class in case it is incorrect and they look stupid in front of their classmates. But in their youth, they are noticeably more outgoing, talkative and playful in class compared to Japanese students of the same age. Chinese students love competition, and they love having fun – set up an engaging classroom game and you’ll soon have those kids bouncing around like ping-pong balls, which feeds into their behaviour – Chinese children can be pretty naughty!

There are a number of teaching tips here, including classroom management techniques and interesting classroom activities.

Whether you’re heading off to teach in China, Japan, or somewhere else entirely, you’re bound to have a few expectations about what your TEFL job will be like. Before you head off, be sure to do lots of research about where you’re going – read about the country, as well as the specific town/city you’ll be going to. Also read up about the school you’ll be working at, and search for bloggers who write about their own experiences of teaching in that area. Some schools enable prospective teachers to get in contact with current and previous staff to get a real insight into what it will be like. Being well prepared before you start teaching helps to avoid any nasty surprises when you arrive. Also remember when you arrive that if things aren’t exactly what you expected, just go with it. Moving to a new place and starting a new career are no easy thing – it’s a matter of give-and-take, and you’ll be surprised at how quickly you can get used to those things you weren’t expecting.

Celia Jenkins is a CELTA-trained EFL educator and freelance writer. She currently lives and teaches in Japan.