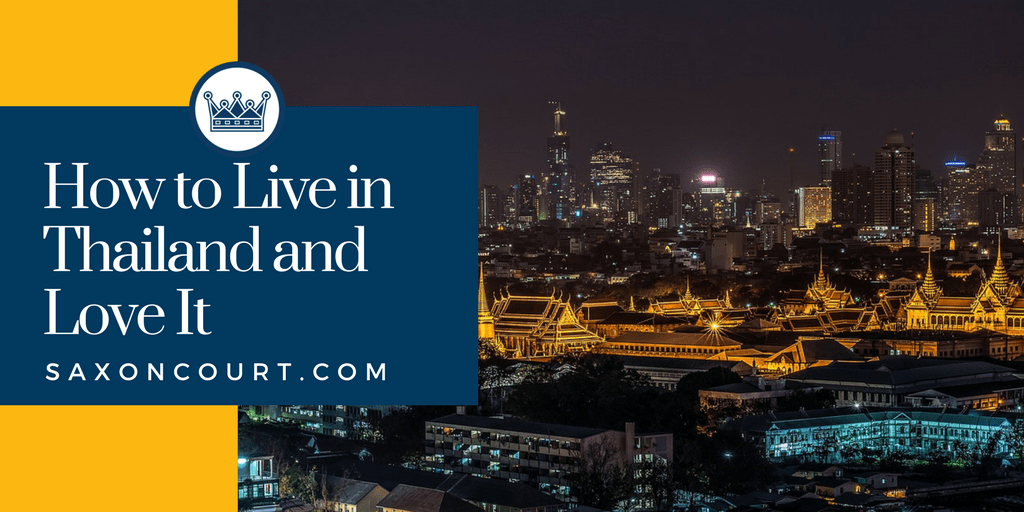 How to Live in Thailand and Love It

Thailand is a great place to live and work. What can you expect when you arrive? Here is one’s teacher’s experience from touchdown to getting settled, and some of what she learned on the way.

Touch Down in BKK…

For your first time in Thailand, arriving in Bangkok can certainly feel overwhelming; touching down in a big, international airport, trying to get from point A to point B, with hundreds of people speaking a language you don’t understand.

There’s no doubt the city of Bangkok is a lively and exciting one. There is something new to see or an attraction to visit around every corner of the city. Because of how spread out everything is, it will likely take several trips to BKK before things start to feel familiar.

Don’t worry too much about Bangkok, though. It may be the country’s capital and one of the most well-known Thai cities, but there is so much more Thailand has to offer away from the hustle and bustle of this tourist hub.

Outside the Big City…

Thailand is famed for its beaches and tropical islands. They are hands-down some of the best in the world. Locals and tourist alike flock to the coastal province of Chonburi, Bangkok’s go-to getaway destination.

Pattaya, Chonburi and Sattahip are all coastal cities on the Gulf of Thailand, south-east of Bangkok, within the Chonburi Province. Each city has its own charms, depending what you’re looking for, and all have sandy shores and tropical waters that visitors love.

Pattaya is largely known for its huge and happenin’ nightlife. There’s no shortage of bars, restaurants, and shopping in and around the main area of Pattaya Beach. Beachside activities include windsurfing, jet-skiing, and the like. Combine this with the multiple water parks, theme parks, cinemas, zoos, and a paintball park, and it’s easy to understand why Pattaya reportedly attracts millions of tourists every year.

This is also a good place to check out Muay Thai, a popular martial art and the national sport. Or even get in on the action yourself at one of the twelve Muay Thai gyms in the area.

Located 150km south-east of Bangkok, Pattaya is the number one escape for both locals and foreigners.

Less than 60km north of Pattaya Beach and 80km south-east of Bangkok is Chonburi, the capital of the province. Chonburi is not quite as popular or heavily trafficked as nearby Pattaya. It’s a more traditional Thai city, whereas Pattaya is a magnet for domestic and international tourists.

In 2009, Bangsaen Walking Street was developed and offers the strolling shopper a wide range of items every Friday and Saturday night. Chonburi also offers some traditional Thai culture like the Chonburi Annual Festival and Chonburi Bull Racing. The biggest difference between Pattaya and Chonburi is the lack of nightlife in the latter. Depending on what you’re looking for, this may be a good thing.

Chonburi is the city for someone who is comfortable immersing themselves in “real” Thailand. However, if you want to get off the mainland and experience the Thai island life, there are plenty options just a few hours away.

Situated 178km from Bangkok and just 30km outside Pattaya is the city of Sattahip, home to the country’s largest Royal Thai Navy base. Because many of the attractions and businesses are supervised by the Thai Navy, the whole city is very neat and clean.

Sattahip’s claim to fame (after the Naval base), is the Ramayana Waterpark. It is the largest water park in all of Asia, spanning 45 acres.

Sattahip Bay is a good jumping off point to get to one of the nearly dozen islands located in the protected inlet. The Turtle Conservation Center and Nong Nooch Tropical Gardens shows the city’s environmentally friendly side.

Sattahip tends to be a one or two-day holiday destination for Bangkok locals, though not on the same scale as Pattaya. In line with Chonburi, Sattahip provides the visitor with a more genuine side of Thailand, while still delivering the sun, sand and relaxed feel one might expect from a holiday.

Now that you’re familiar with the area, there are few things to remember about living here!

You Will Be Labelled…

Thai people will refer to you as farang. It means foreigner, which may seem a little harsh at first, but don’t take it personally. It is simply the accepted word used for any non-Thai (typically western) person, whether you’re a tourist or long-time local.

Thais aren’t above joking about it either. If you catch them using the word about you, just repeat it back to them to show them you understand. They will get a chuckle out of a farang using the word to refer to themselves.

It sounds simple, but SMILE. Thailand is dubbed the Land of Smiles for a reason. In this country plastering a grin on your face, especially in difficult situations, will get you further than any other method.

Understand that in Thailand, things are not run the way you’re accustomed to in the western world. The bus will be late, the price of the ticket can change, even the final destination of your minivan can be altered. Getting angry and raising your voice will likely get you nowhere.

Thai people are more than willing to help you out, but you must remember their Golden Rule. One of the most important things in Thai culture is “saving face”, which means Thais will, at all costs, avoid embarrassment or looking like a fool.  If you start to make a scene, Thai people will become very uncomfortable and you will not get the result you’re looking for.

In fact, losing face is so shameful in Thai culture that they will often lie and say “yes” when really the answer is “no”. This can be frustrating at first, but once you understand why Thais do this, you can work your way toward a solution – just maybe not in the straightforward manner that you’re used to!

The best advice I can give to someone visiting Thailand for the first time is to be flexible and “go with the flow”, especially when it comes to travelling around the country. You will arrive when you get there. It may have taken six hours when you were told it would be four. You may be dropped off at a random bus station way outside the city you’re trying to get to.

During those times, try to remember, “It’s the journey, not the destination.”  It may be cliché, but I can’t think of a better country to which it applies. Plus, it’ll give you a story to tell. And don’t forget to SMILE!

Fiona Mokry is an American freelance writer, editor, and proofreader. She has also lived and worked in a number of countries as an English teacher while pursuing her passion for travel.