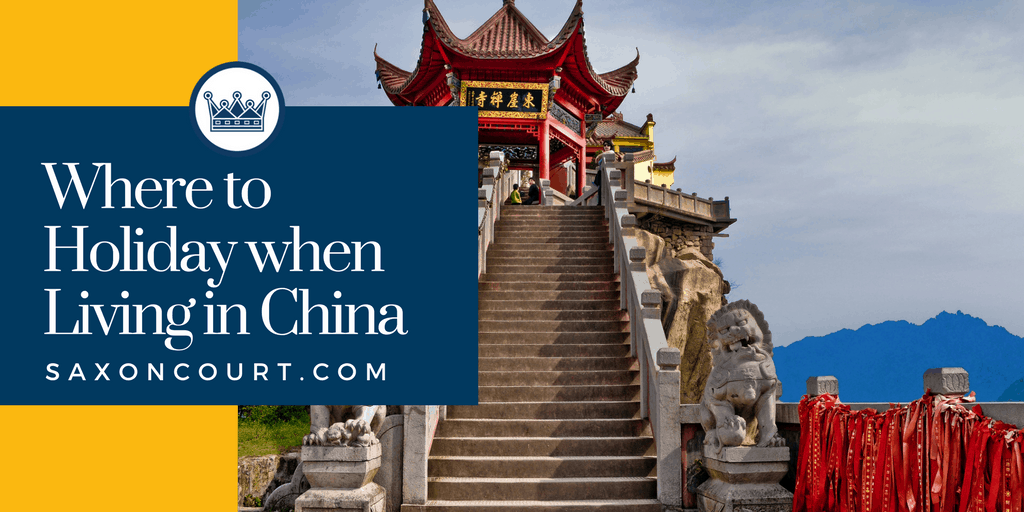 Where to Holiday when Living in China

When you first start living in China as an ESL teacher everything will be exciting. You’ll be in a new city, a new country and a new culture and you’ll want to explore everything. And part of that has to include exploring other cities and provinces in China. China is huge and wildly varied. It has everything from enormous cities to tiny, ancient towns to sweeping natural landscapes. So while you’re living there, you really should take the chance to explore some of these areas that are so different to the city that has become your new home. For a guide on places to see and visit while you’re in China, keep reading.

How to Get Around

It’s fairly easy to get around China. The train system is extensive, cheap and fast. It’s also fairly easy to use. You can look at train times and book seats through the English version of Ctrip, a Chinese travel app. It’s easy to use and you just show the ticket attendant your booking on your phone to get the ticket. The trains are ultra-modern and comfortable. Just remember to take some food on with you if you have a long trip. They do sell food on the train, but they supply snack food only, so if you need something more substantial you need to bring it with you.

If you’re going from one end of China to the other, it’s probably better to fly. You can also buy internal plane tickets on the Ctrip app, and the procedure for flying inside of China is the same as flying in any other built-up country.

Obviously, you should visit the big cities while you’re living and teaching in China, so make sure you visit Shanghai and Beijing. If you’re living in the south, Shanghai will be easier to reach, and it’s great for a long weekend break. Beijing is further to the north, so it may be harder to get to depending where you’re living. Both of these cities have countless things to see, do and eat, so make sure you spend enough time there to really understand their charms.

There’s some debate about Hong Kong’s status, but the fact remains is that it’s an amazing place to visit while you’re living in China. The food is great and extremely varied, but more importantly, it will give you a good break from China. Living in China is amazing, but it can also get tiring for foreigners. If you’re living there you’ll find it hard to communicate with people, the pollution is bad and the streets are chaotic, and eventually, you’ll need to go somewhere that feels more familiar. This kind of homesickness is always part of living overseas.

Hong Kong can be a relaxing, easy antidote to your homesickness. Despite the fact that it’s part of China, it’s also very western in feel because of its history. English is everywhere in Hong Kong and the entire city is organised in a way that feels very familiar and comforting to westerners. That’s why, when you’re China and need a break, you should take a trip there.

There are countless small cities you should explore while you’re in China. Many of them rarely see tourists, have less pollution and offer a whole new world of culinary curiosities for you to experience. No matter where in China you’re teaching ESL, there will be small cities nearby for you to enjoy and explore. Try Xiamen if you’re living in the southeast, or the water town of Zhouzhuang if you’re in Shanghai. Both of these small cities will expand your understanding of China and its culture and give you some amazing stories to tell and photographs to show off when you get home.

Get Out of the City

China has an enormous population, and it can seem as if it is made of giant cities with nothing natural in between. But the country itself is enormous, so there are plenty of places where you can leave the skyscrapers behind and see something amazing and natural. Go and see the Yellow Mountains if you like stunning landscape and almost mythical beauty. These famous mountains are located inland of Shanghai in the Huangshan District and are one of the most popular sites in all of China.

Everyone knows about the Terracotta Warriors and the Great Wall of China, but there are countless other historical sites you should see in China. Hongcun is a small village in Huangshan in the Anhui Province. The town is so picturesque that it was chosen as the set for the famous kung fu movie Crouching Tiger, Hidden Dragon, and today it still looks like a painting of a Chinese city. Its scenery has inspired painters and artists for years, and the area is well worth a trip if you have the time. This is only one of the many historical, beautiful or just plain amazing areas of China you could see if you choose to explore this enormous country.

I’m an ESL teacher and a dedicated traveller. I’ve taught in Fuzhou, China and Hanoi and much prefer smaller cities to the larger options. When I’m not on the road, I live in Perth, Australia. I write about education, ESL teaching specifically, and you can view more examples of my work at www.gayleaggiss.com.