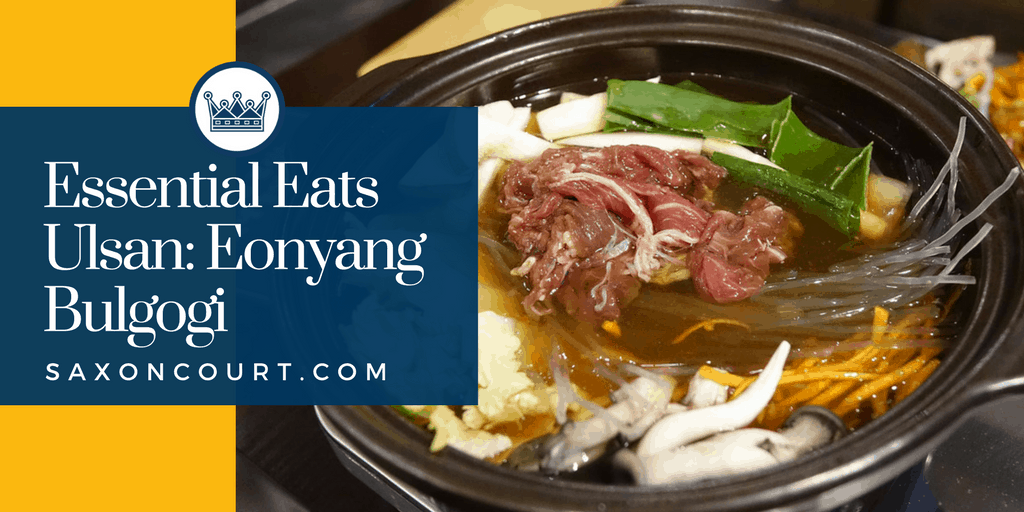 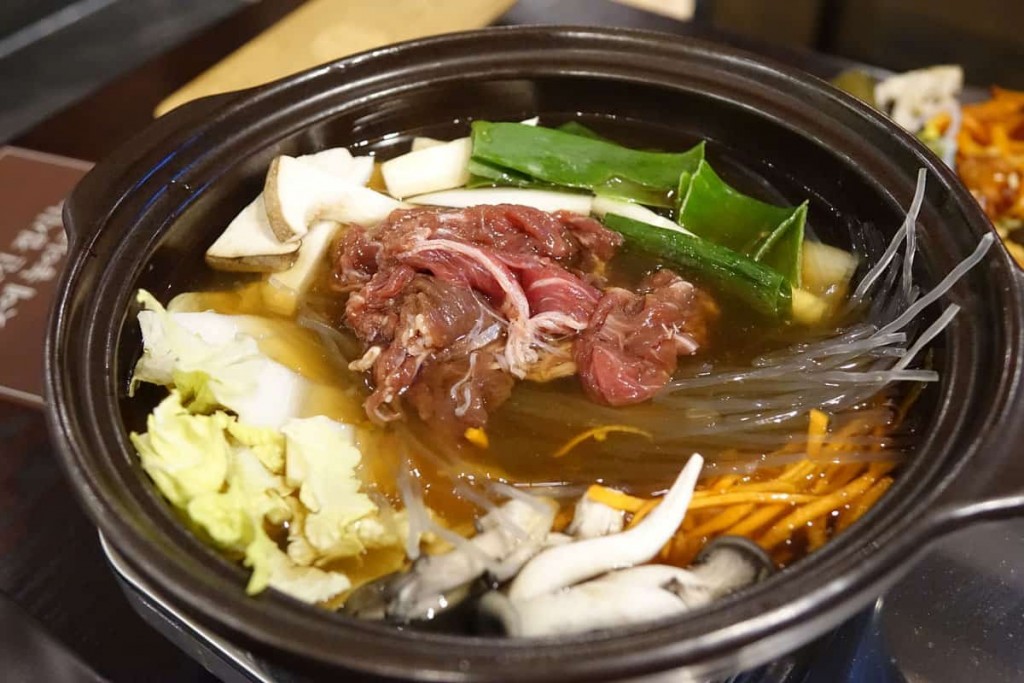 When you think of a classic Korean food that’s enjoyed the world over, Bulgogi is one of the first dishes that come to mind. One of Korea’s most famous exports, Bulgogi is made up of very thinly sliced cuts of prime beef that has been marinated in a mixture of sugar, soy sauce, sesame oil, garlic and pepper. The meat is traditionally grilled but these days tends to be pan fried, often with white button mushrooms and cellophane noodles. Bulgogi is loved by Koreans and easy to eat for foreigners who are new to Korean cuisine due to the lack of spice in the dish.

Bulgogi is so loved in Korea that McDonalds Korea has re-created their own version with the Bulgogi burger, which is essentially just a regular McDonalds burger covered in a Bulgogi-like sauce. While it’s not the best burger to ever grace the earth, it gives you an idea of just how popular Bulgogi is in this part of the world. The burger is a regular top seller and described by some as McDonalds’ most successful example of localisation.

Like many foods in Korea, the way Bulgogi is prepared, cooked and eaten tends to vary from city to city. Ulsan is no different, with their regional ‘Eonyang Bulgogi’ often described as the most premium version of Bulgogi one could eat. Originating from the town of Eonyang, slightly west of Ulsan city at the foot of the Yeongnam Alps, Eonyang Bulgogi has been made famous for the way the dish is prepared. Here, the freshness of the meat is key- all meat comes from cows who have calved fewer than three times and the dish is served within 24 hours of butchering. As opposed to cooking over regular charcoal or pan frying, Eonyang Bulgogi is cooked over white coals only (made by taking dirt and covering coals that have been heated inside a charcoal kiln).

Although there are plenty of Eonyang Bulgogi restaurants in Ulsan City, it would be a crime to not eat this dish in Eonyang itself.  Located under an hour from Ulsan city, it seems as if every restaurant in the town is dedicated to Eonyang Bulgogi. Most of them adhere to the traditional ways of cooking and preparation but a good place to start would be the restaurant simply named “Eonyang Bulgogi”.  This is a chain but if you’re a foreigner looking for a taste of the real thing complemented by an English menu- this is the place to eat.

To get to the actual restaurant, take the number 337 bus from central Ulsan (City Hall / Lotte Mart / Hyundai Department Store / Emart / Taehwa Station) getting off at Eonyang City Hospital.  From there, you’ll need to go to the taxi rank located at the hospital for the short trip to the restaurant. Pricing tends to sit in the mid-level range and expect to pay anywhere between 20,000-30,000KRW for a good meal.