A Beginner’s Guide to Indonesian Food

As any visitor to Indonesia will tell you, one of the great delights of this amazing country is the food. Unfortunately, many travellers know little about the culinary scene, which has not really taken off internationally as much as other Southeast Asian cuisines like Thai or Vietnamese. It may not be very well known, but Indonesian food is absolutely delicious, and you will find a huge selection of cheap and diverse plates on offer.

Here are some of the highlights… 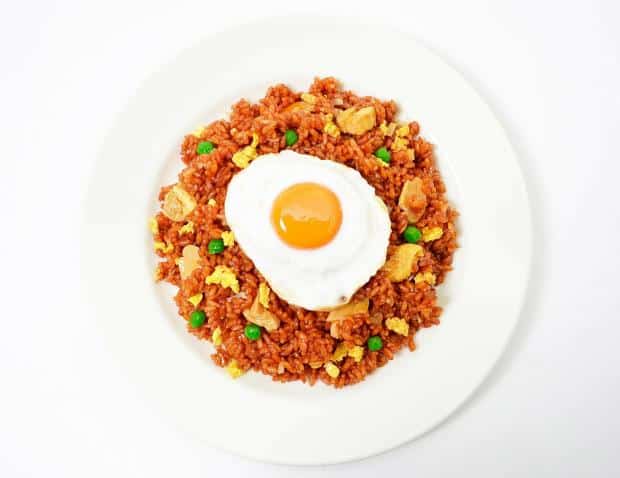 Perhaps Indonesia’s best known dish, Nasi Goreng translates as ‘fried rice’, and is pretty much exactly that. Rice is fried in a wok with a chilli and shrimp paste before other ingredients are added like meat or seafood. Vegetables like carrots and spring onions also usually feature, and then the whole dish is topped with a fried egg and served with cucumber and tomato on the side. A variation of Nasi Goreng which is equally popular is Mie Goreng which follows the same basic recipe but is made with fried noodles rather than rice.

If people have heard of Indonesian food, then one of the dishes that they are most likely to know is Gado-Gado. Quite simply, Gado-Gado is a generous salad that mixes crunchy raw ingredients like shredded cabbage and lettuce with steamed and tender vegetables like carrots and potato. Other ingredients are heaped on top such as chunks of tofu, bean sprouts, and snake beans. The salad is then covered in a delicious dressing of peanut sauce and dressed up with prawn crackers and a boiled egg on the side. A great alternative if you don’t want to eat rice for every meal.

Click here to learn more about living in Indonesia. 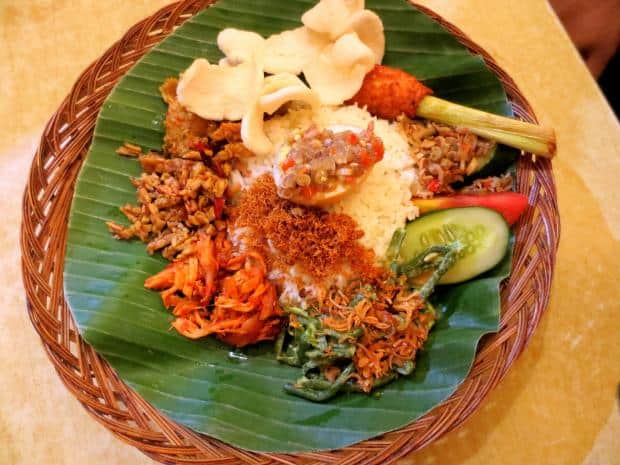 One of the most famous regional cuisines in Indonesia is Nasi Padang, a rice based meal that originated in Padang in West Sumatra. Nasi Padang restaurants are all over Indonesia thanks to the popularity of these dishes, and you will learn to recognize them due to the towers of plates stacked in the windows. You will be given a plate of rice and then a selection of smaller dishes, sometimes as many as twenty, will be brought to your table. You can choose what you want to eat and pour over the rice, and you only pay for the dishes you touch. Traditional plates that you are likely to see include curries, fried chicken and fish, and vegetables side dishes like aubergine cooked in chilli paste, boiled cassava leaves, and potato cakes.

Bakso vendors are found all over Indonesia as this is primarily a street food dish rather than something you would find in a restaurant. In essence, Bakso is a clear soup made from meat broth, to which meatballs are added as well as noodles and other accoutrements like vegetables and egg. The soup is sprinkled with celery leaves and you will usually be served a bowl of plain Bakso to season as you wish. Common things to add to the soup base include chilli sauce, tomato sauce, and sweet soy sauce, and you can play around with the flavours to make it suit your tastes.

Rujak is not a dish for everyone, and it can be quite a strange concept to some palettes. The base of a Rujak dish is chopped fruit, kind of like a fruit salad, although often vegetables will also be added to the basic mix. Water apples, mango, cucumber, sweet potato, and pieces of pineapple are all things that you might find in Rujak, and sometimes even chillies are sliced into the mix. To make it even more strange, the fruit salad is then mixed with a savoury sauce – usually including soy sauce and shrimp paste – that has been slow cooked, making it thick and sticky. It is certainly an acquired taste, but it can provide a refreshing kick in the afternoon heat. For that reason, Rujak is usually sold from carts as a snack rather than a main meal in a restaurant. 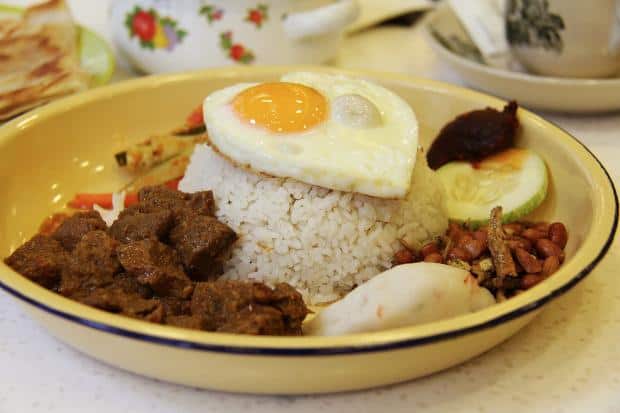 Beef Rendang is, in Indonesia anyway, probably its most famous dish after things like Nasi and Mie Goreng. You will find Beef Rendang at almost any Nasi Padang restaurant, and it is also served at most Indonesian celebrations like weddings. Beef Rendang used to be made with buffalo in the days of old, and the method of slow cooking the meat evolved from needing to find a way to make the protein less tough. Nowadays Rendang is usually made with more tender beef, but the cooking technique hasn’t changed much, and it can take several hours to make. Chunks of beef are fried with a spice blend and then coconut milk is added. This is then cooked down over several hours until the meat is almost black and the sauce has become a thick paste. Shredded coconut is also used to sweeten the whole dish.

Soto is another soup that is extremely popular in Indonesia, and it is often served for breakfast, although you can buy and eat it at almost any time of the day. Soto recipes differ from province to province, but the basic dish consists of a chicken broth based soup. In some places like Sumatra, coconut milk is added, whereas in Java the broth is left clear. Shredded chicken and bean sprouts are added on top and Soto is usually served with a potato cake on the side and a chunk of lime to be squeezed into the soup before you start eating.

On the whole, people tend not to come to Indonesia for its dining scene, but they really should as it offers some of the most vibrant dishes in the region. Coupled with cheap prices and a huge range of choice, Indonesia is a culinary destination not to be missed.

Have you tried Indonesian food and what did you think of it? What dishes would you like to try? Tell us in the comments!

Alys Harahap is a British travel writer with a degree in Indonesian Language and Literature from the School of Oriental and African Studies, University of London.She has over 10 years of experience and specializes in writing about travel and food, especially in Southeast Asia where she is based.